Alphabet Inc. has held conversations with Lyft Inc. about a potential investment in recent weeks, signalling strong support for Uber Technologies Inc.’s main U.S. competitor, according to people familiar with the matter.

An investment of about $1 billion in Lyft may come from Google or CapitalG, Alphabet’s private-equity arm, said some of the people, who asked not to be identified because the discussions are private. A deal may not come together. Alphabet and Lyft declined to comment.

Alphabet is also an Uber shareholder through its GV venture capital arm, but Waymo, a unit of Alphabet, is currently suing Uber over self-driving car technology. As the relationship has deteriorated, Waymo signed a partnership with Lyft to work together on testing autonomous vehicles. 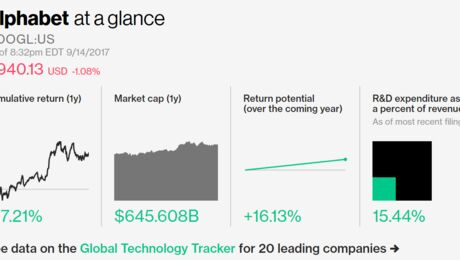 While Lyft has recently focused on controlling spending, the cash would allow the San Francisco-based startup to pursue more aggressive growth with subsidies for drivers, discounts for riders and marketing. Lyft kicked off a major television campaign this month that stars Jeff Bridges.

With an extra $1 billion, Lyft would be able to ensure its independence for the near future, something co-founder John Zimmer has said is a priority. But some investors have suggested Alphabet would be a natural home for the ride-hailing startup. Lyft held informal talks with Alphabet and other potential acquirers last year but didn’t pursue a sale.

Lyft has gained market share this year as Uber has bent under a series of self-inflicted scandals. Uber faces at least three U.S. probes and several high-profile lawsuits. Dara Khosrowshahi, the former Expedia Inc. chief executive officer, took over as Uber’s new chief last week. He’s looking to complete a fundraising deal of his own: Uber is advancing on an investment from SoftBank Group Corp. and others of as much as $12 billion, most of which would allow existing shareholders to cash out.