That was the reaction of mega art dealer Larry Gagosian after a rediscovered painting by Leonardo da Vinci became the most expensive work ever sold, soaring to $450.3 million at a Christie’s auction in New York on Wednesday.

Alex Rotter, the auction house’s co-chairman of postwar and contemporary art in the Americas, placed the winning bid on behalf of an unidentified client after a 19-minute war that saw offers at $200 million, $300 million and $350 million fall short. The result obliterated previous world records for an art sale of any kind, including the auction mark of $179.4 million for a Pablo Picasso painting sold in 2015.

The 500-year-old “Christ as Salvator Mundi,” which had been estimated at $100 million, was the highly anticipated star of Christie’s evening sale of postwar and contemporary art — an unconventional move by the auction house because of its vintage. The previous auction record for an Old Master painting was held by Peter Paul Rubens, whose “The Massacre of the Innocents” sold for $76.5 million in 2002.

The purchase can be thought of as “a business decision,” said Roland Augustine, co-owner of gallery Luhring Augustine. “They’ll put it in a museum and have people lining around the corner to see it.”

“Someone was willing to go all the way for once-in-a-lifetime opportunity,” Baibakova said. “Will we see a $1 billion painting? Until now I didn’t think it was possible.” 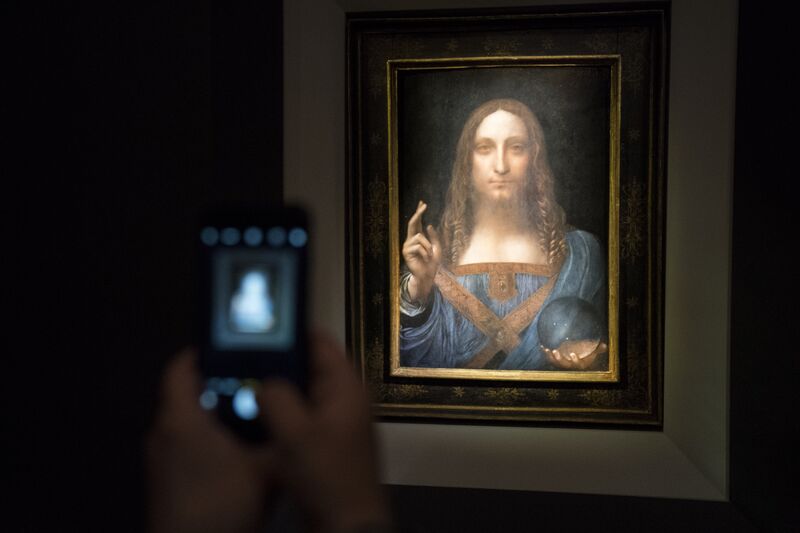 The da Vinci was being sold by Russian billionaire Dmitry Rybolovlev’s family trust. The fertilizer king purchased it for $127.5 million in 2013 and it’s been at the heart of an international legal battle. Rybolovlev assembled a $2 billion trove with the help of art entrepreneur Yves Bouvier, but in recent years has been selling off works from the collection, often at steep discounts.

“Salvator Mundi,” which belonged to England’s King Charles I in the 17th century, disappeared around 1900. In 2005, it was bought at an estate sale and, after six years of research and restoration, attributed to da Vinci, the first such rediscovery in more than 100 years. Before the auction, Christie’s secured an irrevocable bid by an anonymous investor, meaning it was sure to sell.