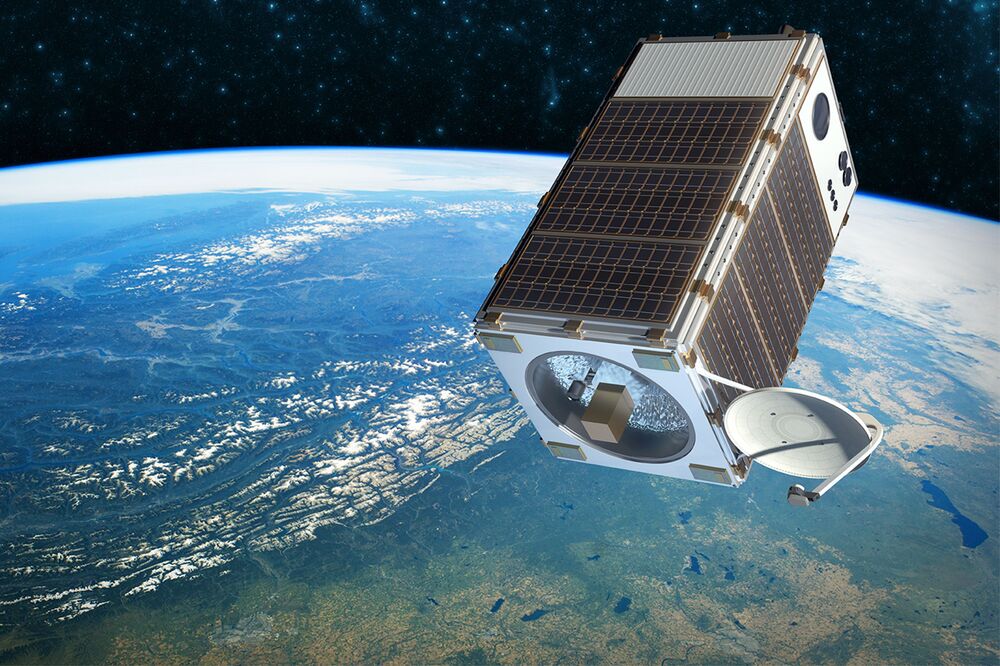 Fifty years ago, a NASA astronaut snapped a photograph from lunar orbit showing Earth rising above the moon, and it helped inspire an environmental movement.

Now, it’s the environmentalists who are sending missions into space.

The Environmental Defense Fund on Wednesday announced a plan to build and launch a satellite that will measure major global sources of methane, including 50 oil-and-gas regions that make up about 80 percent of production, as well as feedlots and landfills.

The organization said it was still working out final details with instrument manufacturers and that the project was expected to be in the tens of millions of dollars, and would be financed by philanthropy. It may take three years before the actual launch, according to Mark Brownstein, vice president in EDF’s climate and energy program.

Methane pollution is responsible for about a quarter of the Earth’s warming over the last century. Molecule for molecule, it’s a more powerful greenhouse gas than carbon dioxide, which because of its much greater volume is nonetheless the biggest cause climate change.

Read More: Will Judges Have the Last Word on Climate Change?

The last year has brought increased attention to methane, long a concern of scientists. The International Energy Agency last October calculated that three-quarters of current methane emissions (76 megatons) is avoidable. The National Academy of Sciences in March documented in a report of more than 200 pages the many ways that the U.S. can do a better job measuring where this greenhouse gas is coming from.

MethaneSAT, as EDF calls the project, is being developed in partnership with scientists from Harvard University and the Smithsonian Astrophysical Observatory. Tom Ingersoll, an entrepreneur who sold his satellite company Skybox Imaging Inc. to Google in 2014, is leading its development.

Ingersoll said he was drawn to the project because of its unusual combination of factors — an ambitious science mission, financed by a non-governmental organization and made much less expensive by dramatic cost reductions in commercial spaceflight.

The fund said that its efforts on methane began after it realized, in 2010, that shale gas was poised to transform the American energy picture, and that not enough was known about the fuel’s environmental effects — or even how much of it was escaping into the atmosphere.

It became apparent that “natural gas was playing a much bigger role in the energy future than most people would have expected,” Brownstein said.

Divestment Hurt Apartheid. Can Divesting Oil Stocks Save the Planet?

The fund invested at least $20 million since 2012 that paid for primary scientific research. Drawing on the findings of more than 140 researchers from 40-plus institutions, the work has spawned almost three-dozen peer-reviewed articles documenting leaks in America’s oil and gas infrastructure. It has also sponsored airborne and ground-based methane sensing to refine assessments of methane pollution.

EDF used the new environmental science to inform its work with policy makers. With input from non-governmental organizations, Colorado, Ohio and Pennsylvania have written rules for methane leak-detection and repair in recent years.

Amid Trump administration efforts to undo Obama-era methane regulations, the American Petroleum Institute in December launched an industrywide initiative to address the emissions problem. An email to the institute was not returned.

Jason Bordoff, founding director of Columbia University’s Center on Global Energy Policy, said that EDF’s contribution to better defining methane emissions has been “very valuable and has made a big difference.” If the U.S. experience is any indication, satellites — EDF’s and others’ — will help redefine global understanding of the methane problem. The October International Energy Agency’s analysis “reminded us how poor our understanding of the global issue is,” he said.

Several methane satellites are already in orbit or planned. Japanese scientists in 2002 launched a methane sensor, which took in observations until 2012, when it failed. The European Space Agency and partners launched their Tropomi satellite in October, and a Quebec company, GHGSat, sent up a carbon dioxide and methane sensor in June 2016.

The Environmental Defense Fund says its project is expected to bring better resolution over a wider area than existing efforts, and its managers are working with the European Tropomi team.

(A previous version of this story incorrectly listed which states have methane rules in 12th paragraph.)