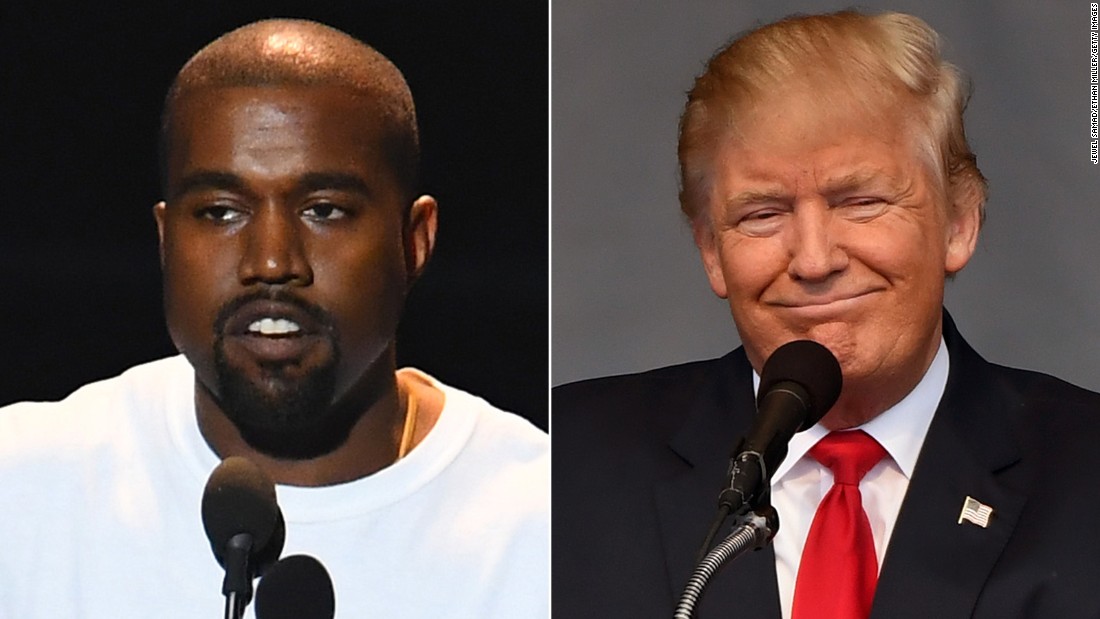 Washington (CNN)Rapper Kanye West met Thursday with Donald Trump, telling the President in an Oval Office meeting before reporters why he supports the Republican.

West also said the President is on a “hero’s journey.”
“Let’s stop worrying about the future, all we have is today,” West said, commenting on his own presidential ambitions. “Trump is on his hero’s journey right now. He might not have thought he’d have a crazy mother-f***r like me (supporting him).” 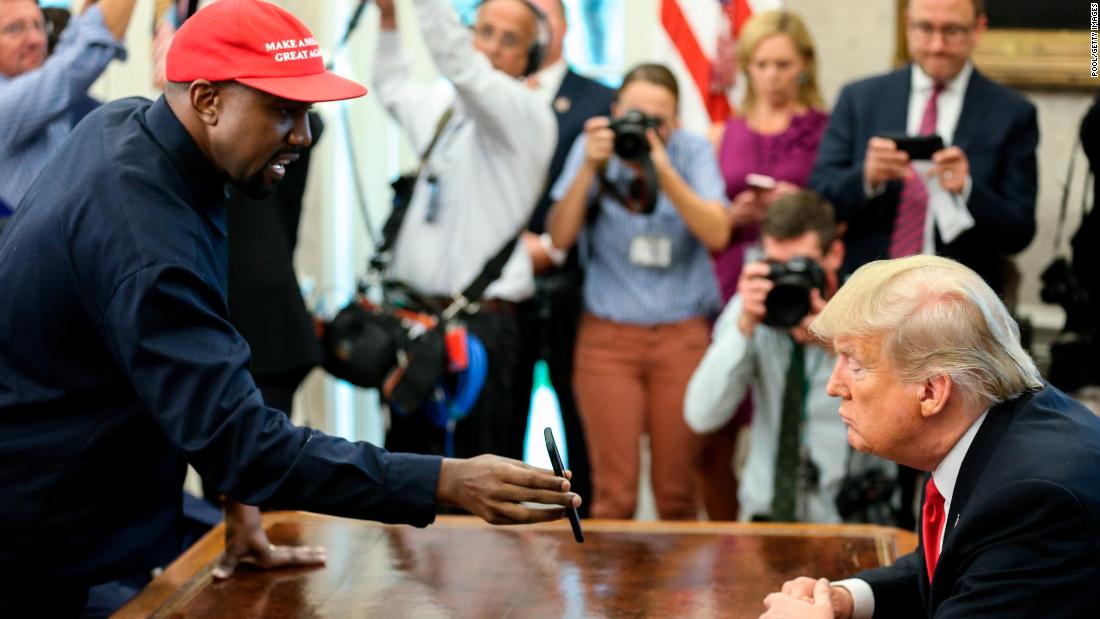 The meeting had been billed by the White House as one centered on urban revitalization, workforce training, African-American unemployment, potential future clemencies and crime in Chicago.
West told reporters in the Oval Office that he had been asked to speak with the President about the detriments of applying stop-and-frisk policing policies in Chicago. The President has frequently praised the program, telling a group of law enforcement last week that he has urged the city of Chicago to “strongly consider stop-and-frisk.”
The President said during the White House meeting that he’s “totally open” to an alternative to stop-and-frisk.
“I’m totally open. If we can do it a different way, Kanye, I’m totally open but they all — we all agree that we have to do something,” Trump said.

West also discussed clemency for Larry Hoover, who is serving life in prison in a Supermax facility, calling him a “beacon” and “a living statue.”
“Really the reason why they imprisoned him was because he started doing positive for the community, he started showing that he had power, that he wasn’t one of a monolithic voice, that he could wrap people around,” West said. “It’s very important for me to get Hoover out because in an alternate universe I am him and I have to go and get him free because he was doing positive inside of Chicago, just like how I’m moving back to Chicago(.)”
Prosecutors alleged Hoover ran a deadly Chicago gang called the the Gangster Disciples and oversaw a $100 million-a-year illegal drug business from jail, according to The New York Times. Law enforcement authorities caught him giving orders to associates when they would visit him in jail.
According to the Times, Hoover worked as political organizer while serving in prison, creating an organization that worked toward education reform and keeping health clinics open in the poor neighborhoods.
It’s unclear how West learned about Hoover’s case, but it has been on his radar for at least a few weeks. He recently wore a “Free Hoover” sweatshirt in promotional material ahead of his controversial appearance on “Saturday Night Live.”
West’s wife, Kim Kardashian West, has been to the White House twice in recent months to discuss criminal justice reform and the clemency process. The reality star and entrepreneur was also instrumental in securing a commutation for Alice Marie Johnson, a woman serving a life sentence over non-violent drug charges.
Hall of Fame running back Jim Brown, who has previously discussed issues facing the African-American community with Trump, the President’s daughter and adviser, Ivanka Trump, and her husband and White House adviser Jared Kushner, were also in attendance.
The lunch portion of the meeting was to include a Caprese salad, roasted chicken, fingerling potatoes and asparagus, according to the White House press office.

West spent Wednesday at the SoHo House in Chicago with about 40 community leaders and advisers in preparation for Thursday’s White House meeting, according to two sources who attended the discussions. There was a camera crew filming the meetings, according to the sources, who did not know if the crew was filming for an upcoming episode of “Keeping Up with the Kardashians.”
“He’s been a terrific guy,” Trump told reporters of West Tuesday afternoon on the White House South Lawn before departing for Iowa. “You know, he loves what we’re doing for African-American jobs, for so many different things. Median income, as you see, at an all-time high. Poverty level at the best rate — meaning the lowest rate so far. And Kanye is a smart guy. And he sees that.”
Violence in Chicago is personal to West, who was raised in the Windy City, named his youngest child “Chicago,” and recently told a crowd that he is moving back, according to a video obtained by TMZ.
This was West’s second meeting with Trump since the 2016 election; he previously visited with the then-President-elect at Trump Tower in December 2016. The two discussed multicultural issues, education and violence in Chicago, West tweeted at the time. Trump told reporters at Trump Tower that the they had been “friends for a long time.”
West recently made waves by wearing Trump’s signature “Make America Great Again” hat during an appearance on NBC’s “Saturday Night Live” and delivering a pro-Trump speech after the show went off the air. He has previously said he would consider a presidential run in the future, and told a crowd in San Jose in 2016 that he didn’t vote in the election, but “would have voted for Trump.”
The tête-à-tête also comes the same week as West’s longtime rival, Taylor Swift, entered the political arena for the first time, encouraging her fans to register to vote and endorsing Tennessee Democratic Senate candidate Phil Bredesen and House candidate Jim Cooper, also a Democrat. It appears at least political bad blood between the bestselling artists remains.