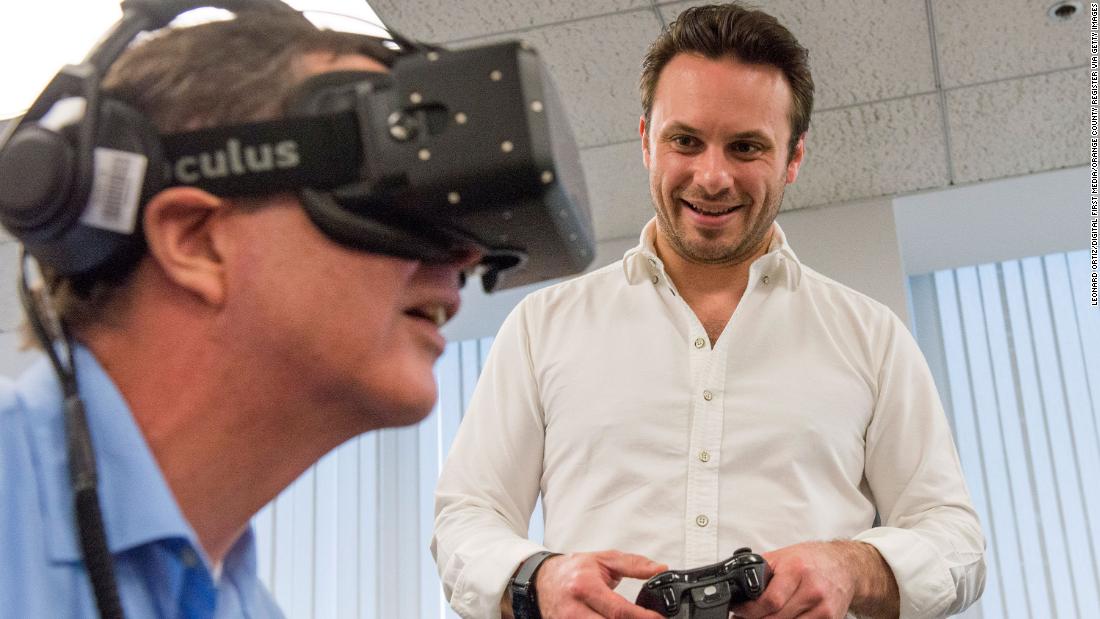 (CNN)Facebook is losing yet another founder of one of its billion-dollar acquisitions.

“So much has happened since the day we founded Oculus in July 2012. I never could have imaged how much we would accomplish and how far we would come. Now now, after six incredible years, I am moving on,” Iribe wrote in a Facebook post.
Iribe’s departure marks the end of an era of sorts. All the founders of Facebook’s three biggest acquisitions to date — Instagram, WhatsApp and Oculus — have parted ways with the social networking firm.
Kevin Systrom and Mike Krieger, the cofounders of Instagram, resigned from the company last month amid reports of tensions with Facebook CEO Mark Zuckerberg over the direction of the photo app. Jan Koum, the cofounder and CEO of WhatsApp, left earlier this year after reportedly clashing with Facebook over its approach to personal data and encryption.
The departures highlight a shift in Facebook’s relationship with founders. Facebook was once viewed as a safe haven where founders could largely operate independently. “By partnering with Facebook, we’ll be able to build a better product with zero compromises and a focus on growth,” Iribe wrote in a blog post announcing the acquisition of Oculus.
Now, Facebook is being criticized for its apparent heavy-handedness with founders at a time when it’s leaning more on subsidiary properties for sales growth.
“It was like, okay, well, you want to do these things I don’t want to do,” Brian Acton, Koum’s cofounder at WhatsApp, who left in 2017, said in a recent interview about butting heads with Facebook. “It’s better if I get out of your way. And I did.”
As part of a sweeping restructuring announced in May, Facebook put Chris Cox, a longtime Facebook employee and friend of Zuckerberg, in charge of a new unit called “Family of apps,” which includes Instagram and WhatsApp. Separately, Facebook brought in former Google exec Hugo Barra to run VR in 2017.
Of the three acquisitions, Oculus has arguably been the biggest problem child for Facebook. Oculus was criticized for months-long delays in launching its Rift headset in 2016. The next year, Facebook lost an expensive lawsuit, which accused Oculus of stealing proprietary information to make the Rift headset.
Palmer Luckey, once the public face of Oculus, left Facebook in 2017 after making headlines for his controversial political activities. Luckey recently said “it wasn’t my choice to leave” the company.
Oculus started as a Kickstarter campaign in 2012 with a goal of raising just $250,000. It ended up hitting nearly ten times that funding goal before raising tens of millions more in traditional venture capital. Even with Facebook’s backing, however, Oculus still fighting to make virtual reality mainstream.