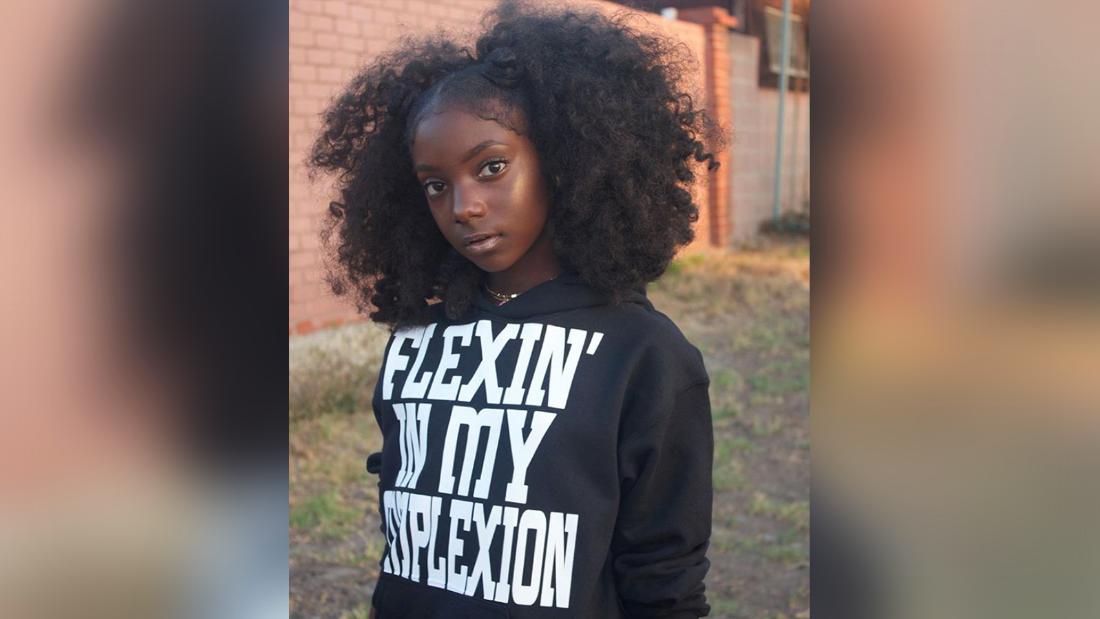 (CNN)Kheris Rogers can’t forget the grade school humiliation. During an assignment where the students had to draw themselves, the teacher handed the shy dark-skinned girl a black crayon instead of a brown one.

Rogers had earlier transferred from another school to escape the incessant bullying. It didn’t work. Her complexion set her apart, a label she couldn’t shed.
But now Rogers owns her label, literally. Her clothing line is called “Flexin’ In My Complexion.” The brand has caught fire among some big celebrities. 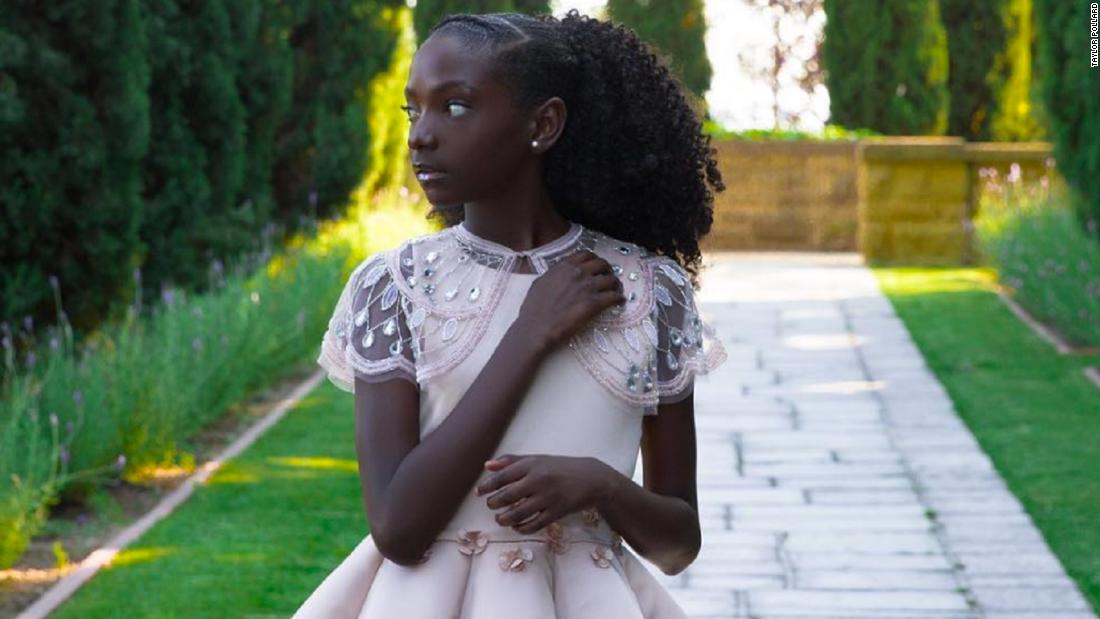 As a young girl, Rogers turned to her grandmother for some encouraging words. “Flex in your complexion” was the advice that made the shy girl feel beautiful in her own skin if only for a moment.
The saying became a family phrase.
The phrase became a hashtag, #FlexinInHerComplexion. When Roger’s sister Taylor Pollard tweeted it out with some family photos, the response was overwhelming.
Twitter users complemented Roger’s skin and hair, saying she was beautiful. Many said they had been through similar bullying and teasing for their skin color when they were young.
“When she saw those comments, she was like, ‘Oh my god, this is what people really think about me,'” Pollard told CNN.
That was when the two sisters decided to put their message, “Flexin’ In My Complexion,” on T-shirts. They started the business in late April of 2017, and it’s taken off.
They’ve sold over 10,000 shirts and made over $100,000, Pollard said.

Just days after the shirts first went on sale, rapper Snoop Dogg posted about Rogers on Instagram.
“A 10 y.o.girl bullied about her dark skin has created a fashion line in hopes of instilling confidence in other young girls facing the same,” he said.

Two months later, actress, producer and writer Lena Waithe posted a picture of herself onstage at an event — wearing a “Flexin’ In My Complexion” shirt.

Empowering a room full of powerful black women with my favorite … @robinthede 😍 grateful to @morgandebaun and her phenomenal crew for having me. #empowerher17

Singer Alicia Keys messaged Rogers to tell her she had bought a shirt from the business, Pollard said. Then in September of 2017, actress Lupita Nyong’o posted a photo of herself wearing a “Flexin’ In My Complexion” shirt on Instagram.
“I see you, I feel you, I support you, @kherispoppin! And I love my shirt!” she said.

I see you, I feel you, I support you, @kherispoppin! And I love my shirt! #FlexinInMyComplexion #WCW the young entrepreneur #KherisRogers, beautiful by ANY STANDARDS. #LoveTheSkinYouAreIn To buy the shirt, visit her page.

Rogers participated in Harlem Fashion Week in New York, and went on Steve Harvey’s show “Steve.”
Then, Nike featured Rogers in an ad.
“I went from being bullied for my skin tone to modeling at Nike headquarters. Ain’t it a blessing?” Rogers tweeted in October of 2017.
Rogers is amazed at how many people have supported her.
“We didn’t expect for me to start the clothing line,” she said. “We didn’t expect the picture to go viral at all. We just thought it was going to get a couple of retweets,” She adds. “It’s crazy how people want to buy my clothing line.”

Right now, you can only buy “Flexin’ In My Complexion” clothing online. The next step for the company, Pollard said, is to get their clothing into stores. Rogers hopes someday she’ll expand her business and open her own store. 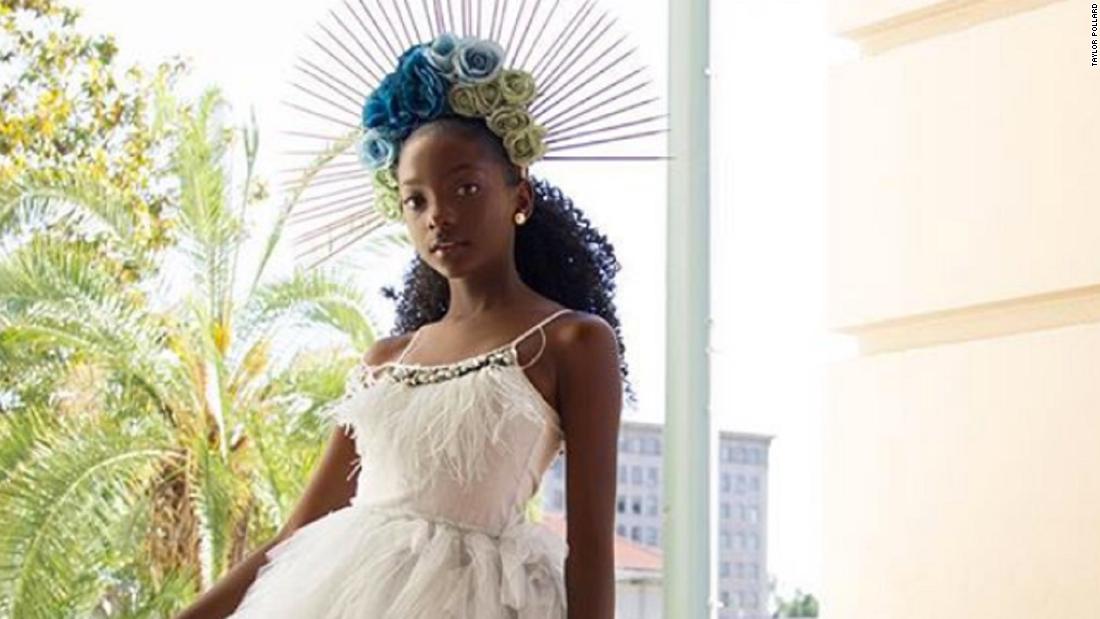 In the meantime, Rogers hopes that she has inspired other people to feel comfortable and happy with themselves.
“I’m telling other young kids that they can do anything they want to do,” she said. “Like if you want to be a model, just go for it. Nobody can tell you that you can’t do anything just because of the way you look.”