What’s it like playing golf with US President Donald Trump? 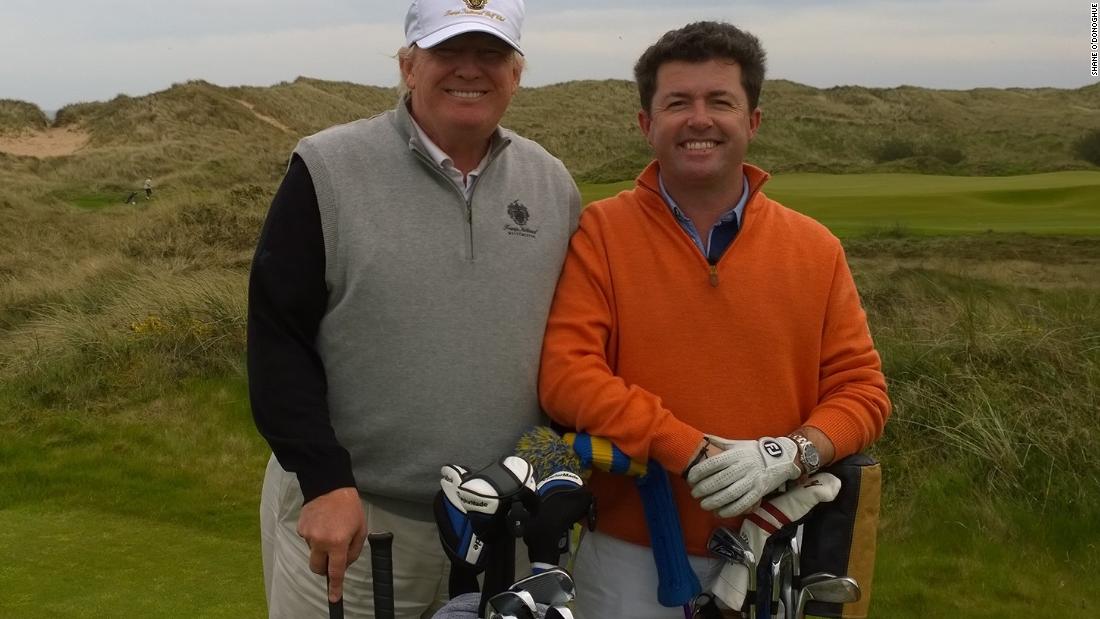 (CNN)In May 2014, we were scheduled to have our second interview with the business tycoon and TV celebrity Donald Trump at the newly-opened Trump International Golf Links outside Aberdeen, Scotland.

Follow @cnnsport
Two years previously, I had interviewed Trump in a cottage office on site, when the construction of the Scottish course was well underway but far from complete.
Back in 2012, he was in the throes of taking on the Scottish Parliament over a proposed wind farm that would be visible from his beloved golf development. 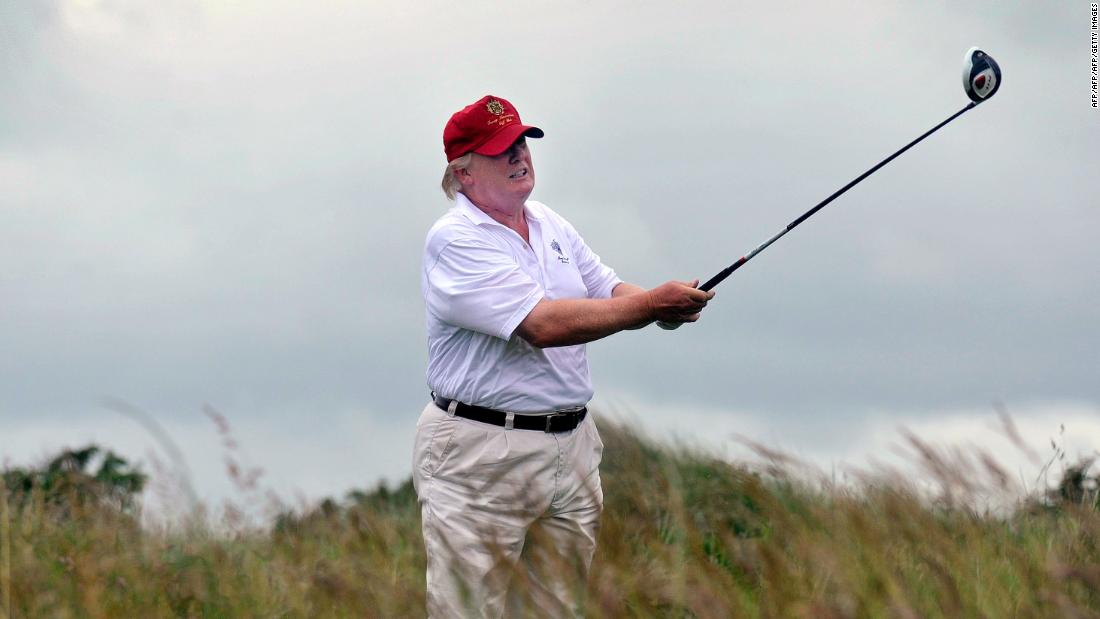 He was in no mood to back down and had no issue commanding the floor of the packed Parliament in Edinburgh to defend his views.
In the years before all of that, he had fought with some residents and landowners about his plans for his first Scottish course and, despite their objections, pushed on relentlessly.
The following year he purchased the Doonbeg links on the Atlantic coast of mid-west Ireland and, prior to our latest feature on him, we had just returned from Dubai, where his new golf and property development with the DAMAC group was underway.
Trump was becoming a massive name in the golf world, mainly through acquisitions but, increasingly, with newer designs.
READ: Trump’s businesses are losing millions in Scotland
READ: Trump’s son opens new Turnberry golf course 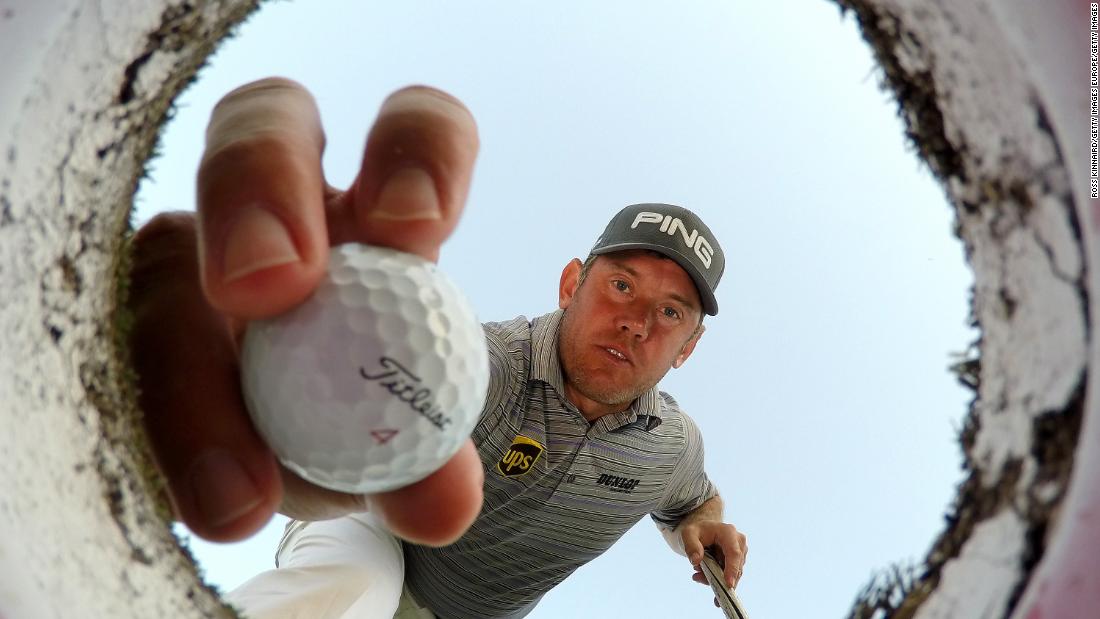 I was interested to see how Trump’s Aberdeenshire course was looking and get a sense of what the man who was making all of this happen was like.
As if to underline his growing influence in the sport, he completed the purchase of the famed Open Championship venue, Turnberry, on the Ayrshire coast just days before we arrived in Aberdeen.
As ever, the ambitions were massive. 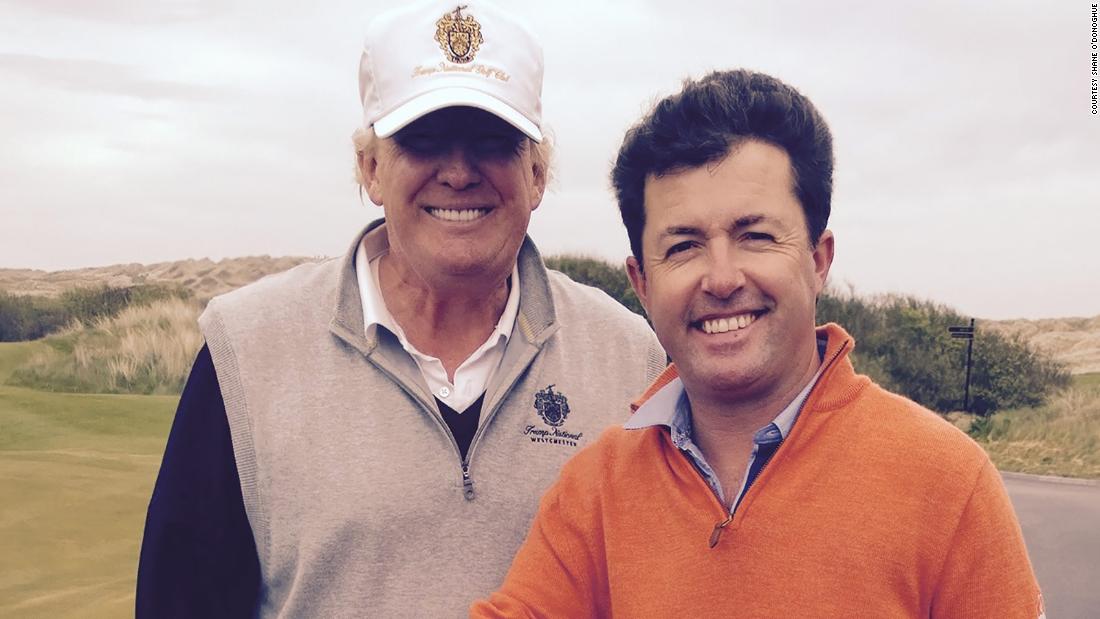 Upon arrival, it was clear the star attraction was on a very tight schedule. When I approached him on the porch of the temporary clubhouse to introduce myself, he was friendly but seemingly unaware of our appointment.
He made a quick appraisal of the situation and, within seconds, was asking for his clubs and golf attire to be brought to him. Within minutes, the cameras were rolling — five holes were selected on the back nine — and we were up and running.
Whenever we stopped to chat and film some interview segments, it was like an internal red light switched on and he was in full “Trump” mode.
He was a savvy media operator and knew the value of a good sound bite. He was the consummate professional in this regard.
It was the quieter moments of my time with him, as we walked between holes or waited for our crew to get a good camera angle, that were a little more illuminating.
He was turning 68 the following month and acknowledged how “big” his whole life was. He said that it wore him down a little, but not enough to derail his business juggernaut.
Overall, he was very pleasant to deal with and good fun during the shoot.
He played extraordinarily well, hitting every fairway with his tee shots.
He doesn’t possess the prettiest swing, but he was deadly accurate from the tee. It is worth noting that, since we played, his golf handicap has been reduced by a shot to 3, which is astonishing given how much busier his life since became. 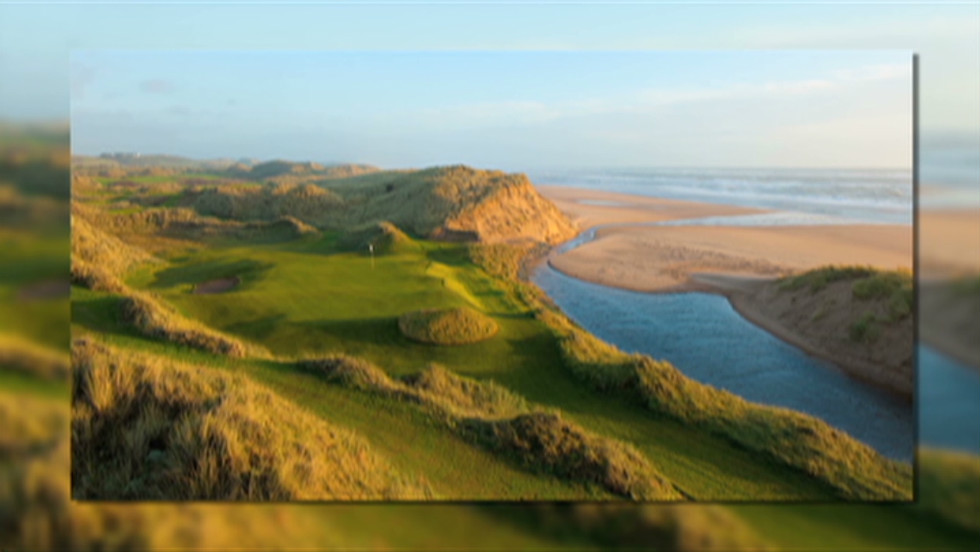 A tour of Trump International Links

READ: Trump plays golf with Japanese hero Matsuyama
READ: What Trump’s golf game tells us about his style
After kindly inviting me to join him for lunch, we retired to the temporary pavilion for some clubhouse burgers, club sandwiches, fries and diet cokes. As we ate and chatted in the company of his head groundsman at the course and one of his key legal team, George Sorial, Trump was on top form.
As we parted, he invited me to play with him at the Trump National Golf Club in Bedminster, New Jersey, at some point in the future and gave me his secretary’s contact details.
A full 12 months later, on May 27, 2015, I was emceeing an event in New Jersey and found myself in front of Mr Trump again. I reintroduced myself to him and mentioned how we had filmed with him at his course in Aberdeen the previous year for CNN.
He looked me in the eye and, without missing a beat, said: “They tell me that was the highest-rated show you’ve ever done!”
Go to CNN.com/sport for more stories & features
Less than three weeks later, on June 16, Donald J. Trump announced his candidacy to become President of the United States.

acquisitions
Donald Trump: What’s it like playing golf with the US President? – CNN, golf